Photo: From CalVans
The California Vanpool Authority (CalVans) is a public transit agency that organizes more than 800 van pools across the state.  Each trip represents at least seven (and as many as 15) people whom are traveling a minimum 15 miles and often 70 miles (or more) one way to their place of employment.  Even using conservative figures, that is more than 300,000 vehicle miles per day NOT traveled (our numbers: 9 passengers per van average, 50 mile round trip commute, 700 vans daily).

CalVans is a joint powers authority formed in 2012.  It has 14 member transportation agencies—all of which are members of CALCOG. The Vanpools connect residents in areas with low population density with employment centers, operate at 100% cost recovery, and generate operating funds for fixed route transit and paratransit in the areas it serves.
As a rural transit agency, Calvans is an important mobility resource in many communities where public transit is not always available. Many of these communities have a shortage of insured and licensed drivers.  CalVans offers residents within these communities a safe, affordable, and reliable transportation option that creates a greater degree of economic stability in many households.   (Read California Climate Investments profile highlighting a cap and trade grant award)
Origin Story
The California Vanpool Authority started in Kings County when a government employee living in Visalia and commuting to Corcoran reached out to Kings Area Rural Transit to request assistance. She had been participating in a van pool that had been discontinued.  The board approved the purchase of a van with one condition: all costs to use the van would have to be recouped from the users. Calvans has grown to include hundred of Vanpools tailored to meet the needs of government employees, farmworkers, students, and commuters working in a variety of California industries.
Service Model
CalVans owns the vans and manages the operation of each vanpool. The program provides a simple way for workers form a group that can then use a CalVans vehicle to travel to and from work. One or more members of the group can volunteer drive. Approved driver simply have to have a regular class C license and complete a short physical. Once approved, the driver takes the vehicle home and begins transporting their fellow workers to work each day.
Each van also comes with a gas card good at most gas stations. The cost of a van depends on mileage. The distance the van travels each week is multiplied by a low mileage fee. Each Monday a report shows how far each vanpool travels in the prior week. This distance is used to calculate the cost for the prior week.  Often the full cost is less than $100 per month for riders.
CalVans stresses safety. If a van is having problems a spare van will be sent to replace it. The vans are serviced at the drivers home or place of work, so there is no need to bring the van in for service. Each van has a GPS system for communicating with the main office as well as to see where the van is at all times. Starting the van requires the driver to enter a pin. And the location of the van and the speeds are always monitored.
Having a driver who is responsible for making payments, acquiring new passengers, and managing day-to-day operations reduces labor costs that might be incurred by a centrally-administered vanpool program.  CalVans model allows it to accept some applicants who would be declined by for-profit vanpool companies.
Two Main Types of Vanpool
There are two main types of Vanpools
About the Joint Powers Authority
The board of the joint powers agency governs CalVans operations. The board is made up of an elected official from each of its 14 members. Because the program is often self sustaining, the agency does not require contributions from member agencies, other than the Board Member and Staff time devoted to the monthly meetings.  Some members, however, elect to subsidize individual vanpools to encourage further ridership.  Others commit small portions of CMAQ, TDA, or local measure funds to support outreach in the community.
Because it is a public transit agency, CalVans must report its service mileage to the National Transit Database. This has a benefit to the member agencies, which get credit under the federal Section 5307 formula for those miles. To the extent that any increase in funding occurs-- in turn can be invested in better transit options in those communities.  But the biggest benefit is the better service that is offered to rural communities whose members might not otherwise have safe and predictable ways to access their places of employment.
But don't take our word for it, read some of the stories in the CalVans Blog.
Climate Grants and Best Practices
Resources 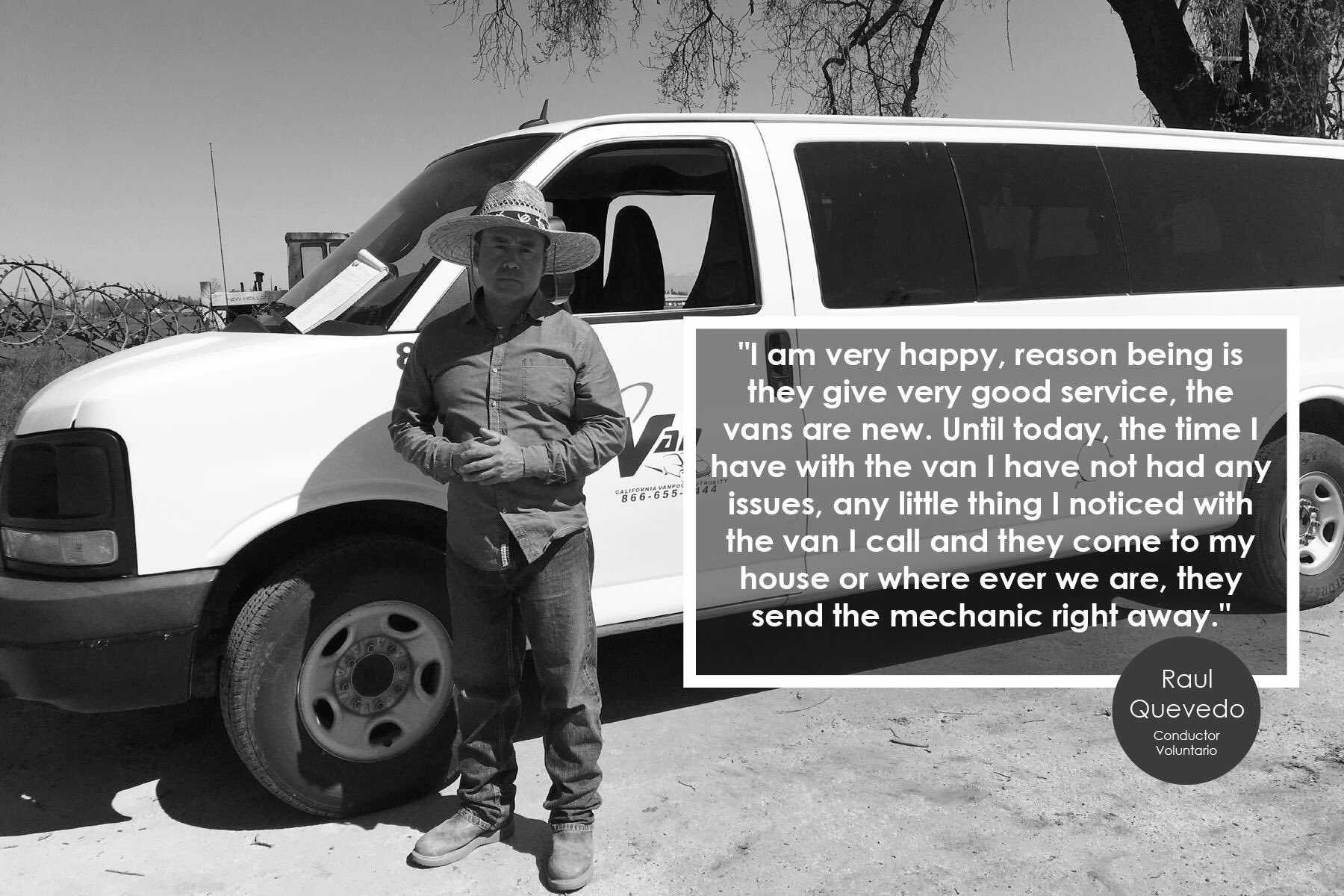 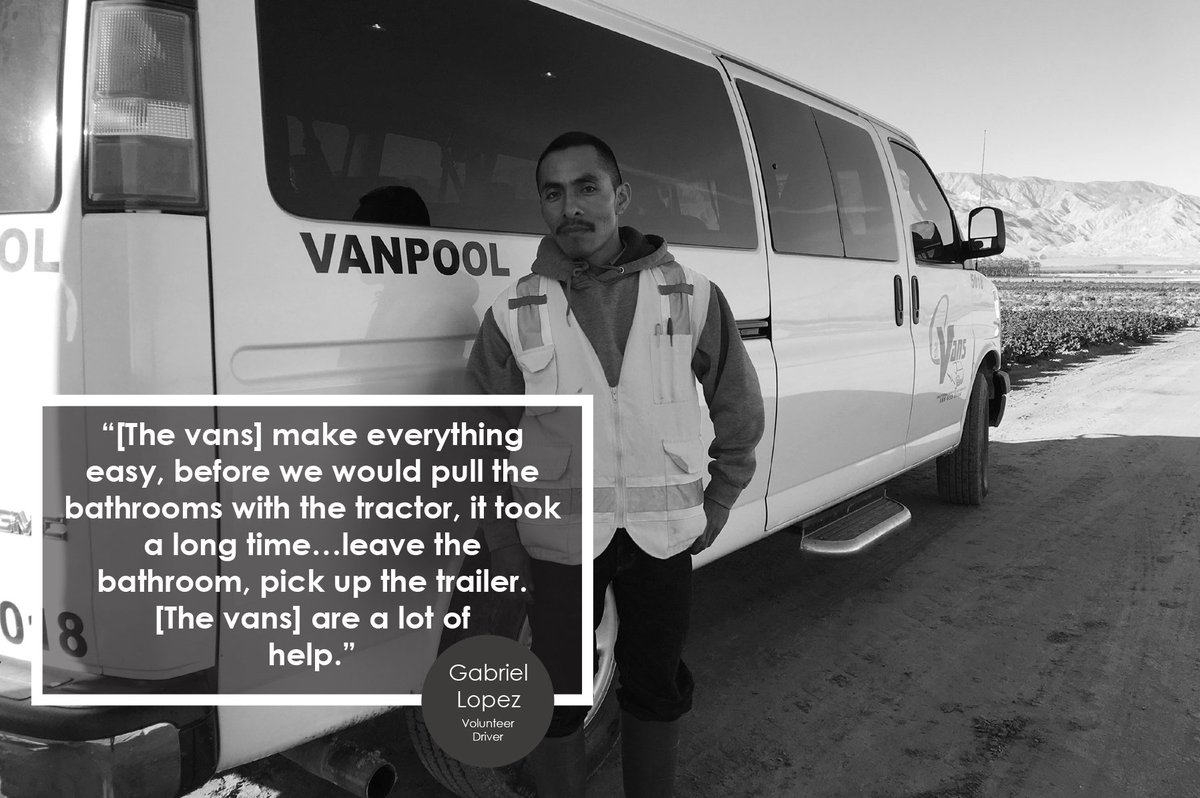